Finally, another thing out of the way

Syberia 2. Played through most of Syberia 1 in front of a TV many years ago with a friend of mine at University, but I think I restarted some years later and finished it myself. Pretty sure I've mentioned this game in a previous post... Except for some ridiculous automatons, it's a nice puzzle game. Syberia 2 had a lot going for it, but was plagued heavily by incredibly silly situations and puzzles. I'm fine with silly puzzle games, but Syberia shouldn't have fallen into that. Ending was rather abrupt. Good, not great. But it feels good to have completed that story, it was enjoyable most of the time.

Been playing a lot more Grim Dawn recently, which I should, considering I Kickstarted the thing back in ancient times. It really is the best hacker slasher yet, and people are making some very interesting character builds. I managed to end Salazar right after the Warden with my Conjurer, although my toon must have contracted something bad from all the potions she had to chug. Might give Gutworm a try. Still, my all time favorite is Titan Quest. It felt so good to run out into the sunshine among the mountains, cross a bridge over a gorge only to stare into the eyes of a bull on fire. I don't understand why people need games to be all black and gothic, you anyhow have enemies who are happy to slice your guts open, and that's really the part that should set the mood, no? I just wish the song in Helos would be played more than only once...

Made nabe (Japanese pot) two days in a row during the weekend. Easy, healthy, inexpensive (if you can get inexpensive Japanese kombu). I'll probably make this quite often from now on, and buy a bit/lot more kombu next time I'm in Japan.

I suppose this post was to make up for the lack of posts during the late fall. Because this is all I have :p

EDIT a little later: I also watched the most recent and last film by Miyazaki and his team, The Wind Rises. Very different. His films tend to have a profound heavy subject, but in this case the heavy subjects were right in front of you. Still lovely, had all the details one would expect. I don't understand some of the criticism though, especially the complaints about the main protagonist designing fighter planes. Did they at all watch the film? But yes, very different.

Posted by Hans Toshihide Törnqvist at 16:18 No comments:

So, 2015. I went to 4 business trips to Japan, I ordered a Gliga Gems 2 violin while I was on the 1st trip and started playing on the 17th of February when I set my foot in my apartment again, did my 1st half marathon in ~1:38 after three training sessions, listened to, watched, and had a few good heart attacks while Hilary Hahn blasted Beethoven's Opus 61 in Berlin, went to the US again to witness a very good friend getting tied down/up and I met some other very lovely people, finally built an ODAC+O2 combo, an epiphany about my life and the current job I have struck me right in my face during a meeting, and... I turned 30. Don't really care about that, but apparently it's a big deal to a lot of people, so I thought I'd mention it. Had way too much to drink at concentrated occasions. It was quite a good year.

So, 2016. Keep violining. Keep running (actually I've only had one run since my vacations in summer...). Do something about my current life and work. Finish my current gamedev project. Drink much less when going out. Now, not considering how incredibly huge some of those points are (not the last one), I think I'll have a lot to do.

Oh, almost forgot, I hope everybody had a merry Christmas, and will have a happy 2016. Or zoib. The year of the zoib. Gonna go to bed, because tomorrow, I again leave cold, dark Sweden and go to not so cold, not so dark Germany. 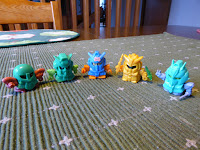 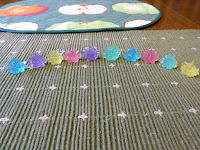 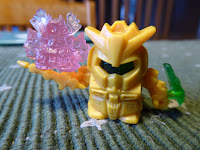 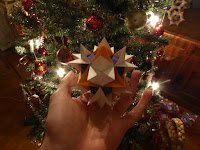 Posted by Hans Toshihide Törnqvist at 23:33 No comments: