First acquisition of the year, and it's another win. Bit of a story, for funsies:
Two years ago (an expression immediately followed up by "crap, I'm old..."), a good friend of mine started singing praise over good coffee. Some years before that, some co-workers (co-researchers?) of mine back in Gothenburg claimed coffee beans are a lot better than pre-ground, but somehow I could always find better pre-ground in the supermarket than the vile pellets of gloom they bought for a Jura machine. Lavazza and Segafredo are all over Europe anyway, and they're pretty good, not as good as that French golden packet whose name I've forgotten though. So I was happy, I had other things to work on and enjoy, so I didn't listen much to my friend, I was happy he was happy. Three weeks ago or so, he brought it up once again, and at the same time we got a new Jura machine at work and a new company in the cafeteria. People were discussing the coffee left and right, and I thought "meh", what I brew at home is just as nice. Somehow this attention spike in coffee piqued my interest, and rather than discussing with co-workers without knowing anything, I do what I always do: I spend 1-2 weeks scouring headache-inducing threads on forums, filled to the brim with almost gross coffee grinder fanaticism. Ceramic vs steel (blades vs burrs is not even spoken of), grind shaft stability, old vs new Zassenhaus, this better than that - wait no - that better than this, some are good for espresso - some for french press, LIDO reigning supreme but being enormous, Hausgrind being really good but manufactured once every year or so etc. The method of brewing and the beans are not such a huge affair, in principle you choose the method and you choose whatever beans that is not in the supermarket. So, after 1-2 harrowing weeks of browsing, I went for the Porlex JP-30 + two bags of coffee beans from Ethiopia and Guatemala. Well, Lavazza and Segafredo are indeed rather nice for a quick cup/mug of drip coffee, but oh boy, from the moment I opened and had a whiff of the contents of one of the bags... I had some proper flippin' coffee this morning. Not going back. And I'll never have a coffee at work ever again. 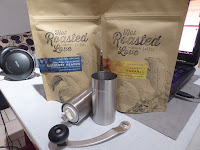 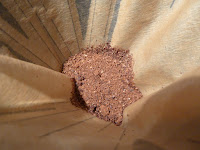 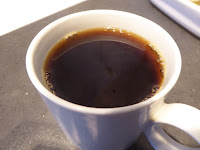 I wonder how cheap a French press can be, I should find out on Saturday.

First time ever I died on the Plains of Strife also. On hardcore. The day before the coffee, so I was saved.

Hmm, I should update my interest section, from:

to whatever it is now.

EDIT 2017-02-05: I like a few songs from Magic Sword, and it seems like Japanese car videos use them quite often. Youtube suggested In the Face of Evil some time ago, then I found that "famous" Tokyo circuit video with it, and today I found another video which brought me to their newish Legend EP. The Good Old Times(TM) is an expression that never really made sense to me, and this is another personal argument. There has been some good stuff that we must keep (such as manually ground whole coffee beans...), but new good stuff keeps popping up (like Synthwave). 80s music was never this good, which reminds me of my brother saying how we only remember a very few select white Christmases from the 80s and 90s. I checked, there really were very few white ones. Anyway, let's fight to make things better. Not by debating and screaming at each other, but by impartially doing and uncovering the darkness and inabilities ahead of us.

EDIT 2017-02-11: I haven't watched a whole lot, or anything, for quite some time. And then some horrible yt recommendations (i.e. time sink) showed me how great the Silicon Valley series was. Quick search, Mike Judge is behind it, started watching, and suddenly there's the "typical" strategic lawsuit. Carmack was recently in the middle of one (perhaps still is?). On the one hand, it's nice to have some money to have some fun (I kinda do). On the other, I wish I never will have enough to pique the interest of anybody. Great series, strange world, sometimes. I just want to understand why about so many things, and it seems so very few people do. House, car, family, job, but I would still be wondering... I only wish I could wonder harder.

EDIT 2017-02-12: So, Silicon Valley definitely is the best geek show ever. The IT Crowd is kinda close, and TBBT I won't even spell out. However. typedef unsigned long u64. In some clear C-like code on a huge close-up of a monitor. That's offensive. Fortunately, I baked a cake today which I have with milk, so I'll be fine. Now if you keep looking at the code, it looks uglier and uglier, it's just one thing that caught my eye in a split second... Still a lot more authentic than the rest. If only they could do a proper science show, why is that so hard?

Posted by Hans Toshihide Törnqvist at 17:48 No comments: